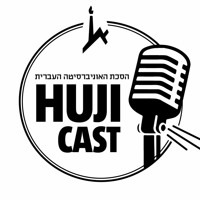 A special program for Shavuot!

Everyone talks about cultured meat, but cultured milk is much more difficult and complex to produce, both scientifically and technologically: in this case we do not want to "only" take cells and grow them - but to make the cells produce exactly the same produce they produce in nature.

How can we  make cultured milk? A conversation with Professor Nurit Argov Argaman, from the Department of Animal Sciences. Argov Argaman is one of the pioneers in the field of cultured milk- at the university of course, and also as chief scientist at WILK .

And more: a mother can produce different milk, depending on the stages of breastfeeding, the seasons, etc. In stressful situations, the mother's body prooduces fat that can protect the baby. If we can use the above-mentioned fat structure - MFGM - it may be possible to enrich fat with components  beneficial to the consumer.

In her lab, Prof Argov Argaman grows mammary gland cells in an incubator. She began her research with cow's milk, but very quickly got to breast milk. The aim of her research is to understand how to naturally enrich milk (and milk substitutes), through manipulation and control of MFGM production, until it will be possible to produce "super milk".

Unlike the cultured meat industry, cultured milk has not set itself the goal of eliminating dairy farms; the scale is simply too large. The field focuses more on improving the quality of milk (which is declining all over the world), and especially on improving milk substitutes and enriching them with ingredients of real breast milk.